Posted in AutoSpy, the disguised model doesn’t give many hints as to what lurks underneath, however, Hyundai has already confirmed it will commence production of the model in 2021 at its updated Montgomery plant in Alabama.

You can see the Santa Cruz seems to keep most of the shape of the 2015 Santa Cruz concept car, adopting the thin LED headlights and large grille upfront. At the back is a short tray bed. Speca for the model haven't been released but it is likely it will be based on a variation of the next-generation Tucson SUV’s monocoque chassis, which will be available in front and all-wheel drive and with a hybrid drivetrain.

Joined Jan 20, 2015
·
804 Posts
Wow. I like what I'm seeing so far especially since another round of spy shots went live, this time it was in traffic.

Joined Jan 20, 2015
·
804 Posts
Hard to tell if Hyundai made any developments in this next round of Santa Cruz spy shots but it good to some other angles of it: 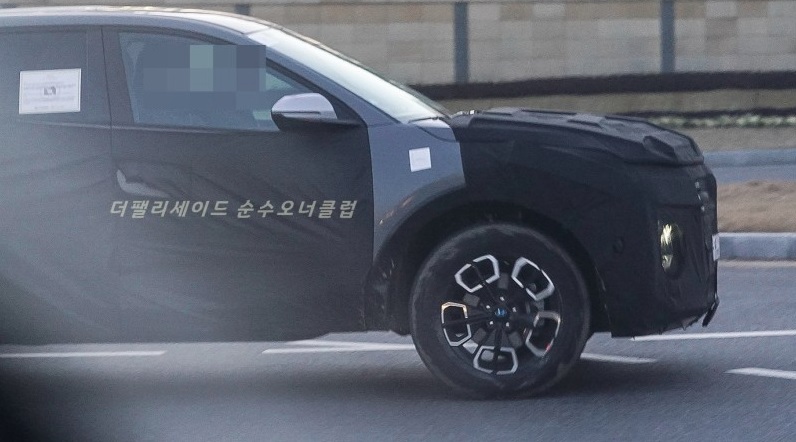 Shares 0 After we shared a rendering image, the 2021 Hyundai Santa Cruz Pickup prototype continues undergoing some test, this time a prototype of the pickup were spotted near Hyundai Motor Group’s Namyang R&D Center. There are less camouflage we can see that side skirts had a different design if...

thekoreancarblog.com
Some things to note: